A life of resilience and growth
Menu

It all started in

F or nearly 50 years, Ronnie Coffman has dedicated himself to the pursuit of better lives for all through agriculture. A plant breeder, teacher, farmer advocate, scientific innovator, and global collaborator he has inspired teams of researchers and students to feed hundreds of millions of people and improved farmer livelihoods in some of the world’s most populous and underserved countries. Raised on a small family farm in Kentucky and educated at the University of Kentucky, Coffman’s academic and scientific perspective expanded in 1967 when the then 24-year-old joined Cornell University as a Ph.D. student in the renowned Department of Plant Breeding. 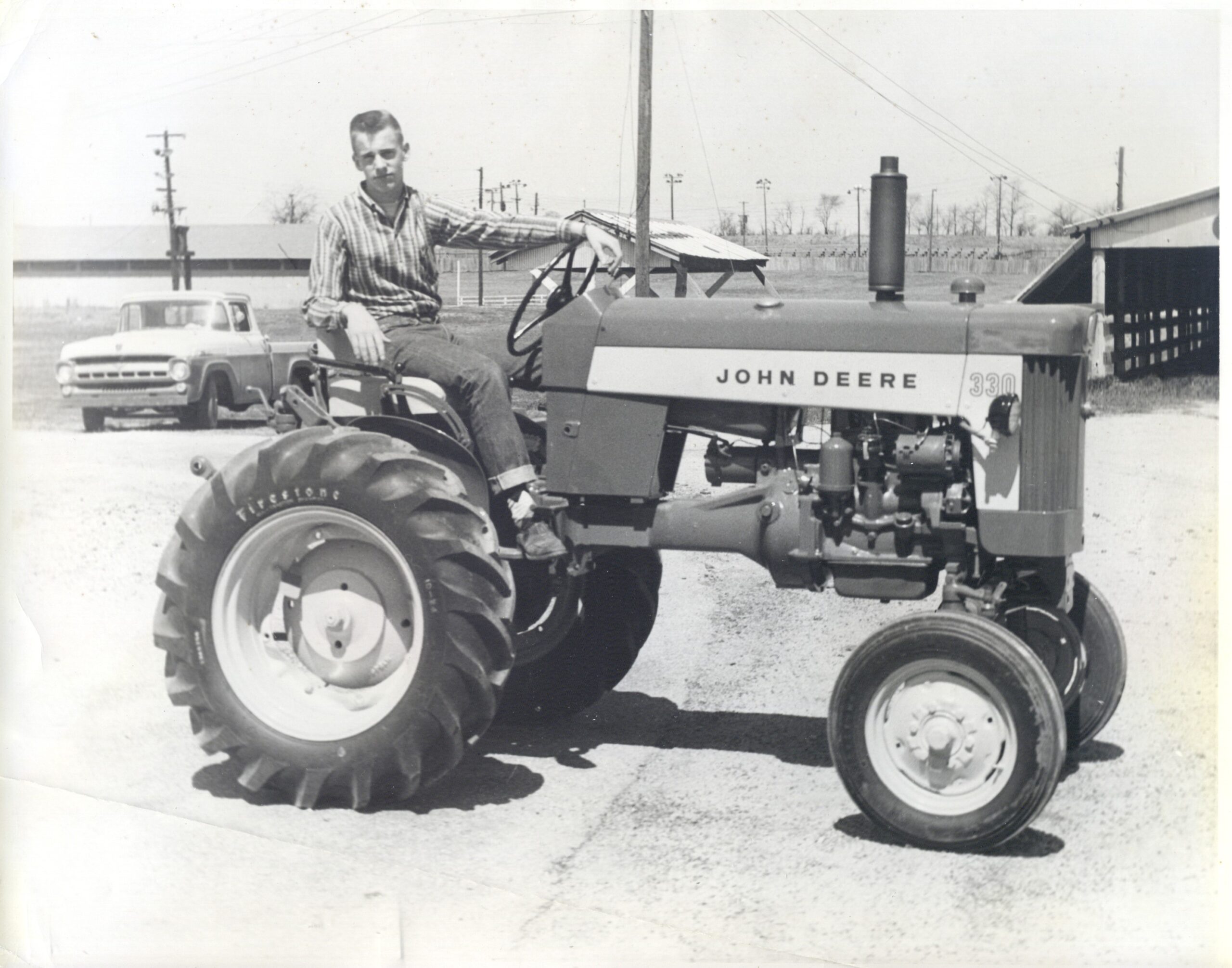 A funding opportunity from the Rockefeller Foundation in 1970 afforded Coffman the opportunity to work with Norman E. Borlaug in Mexico at the facilities at CIMMYT. With his academic studies complete at Cornell, Coffman joined Borlaug in Ciudad Obregón, Mexico as the famed wheat breeder’s first — and, as it turned out, only — Ph.D. student.

Borlaug was then an energetic plant breeder with a brilliant mind and growing global renown for his work shuttle-breeding wheat in Mexico and improving wheat for India and Pakistan. He and Coffman worked side-by-side for long days in the fields, embarking on the tireless and tedious work of selecting and analyzing wheat crosses. Borlaug mentored Coffman on the intricacies of wheat pathology, wheat breeding, and ensuring that farmers benefitted from new technologies—all while providing guidance, levity, and wisdom.

It was while working in the wheat fields that October that Borlaug received astounding news delivered by his wife, Margaret.

“Norman!” she yelled from across a canal at her husband as Borlaug, Coffman and other scientists labored in the wheat fields of Texcoco. “Norman! You won the Nobel Peace Prize!” 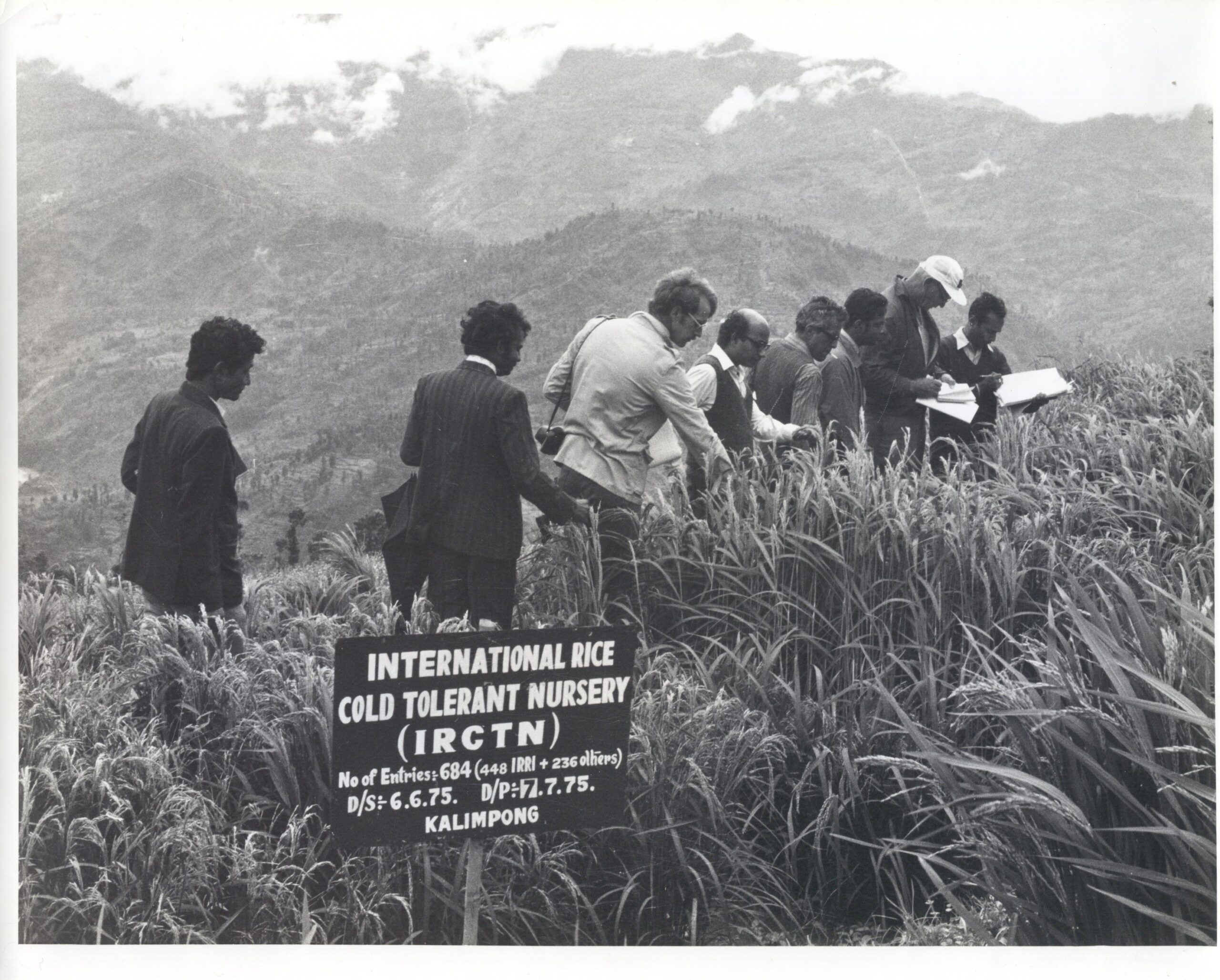 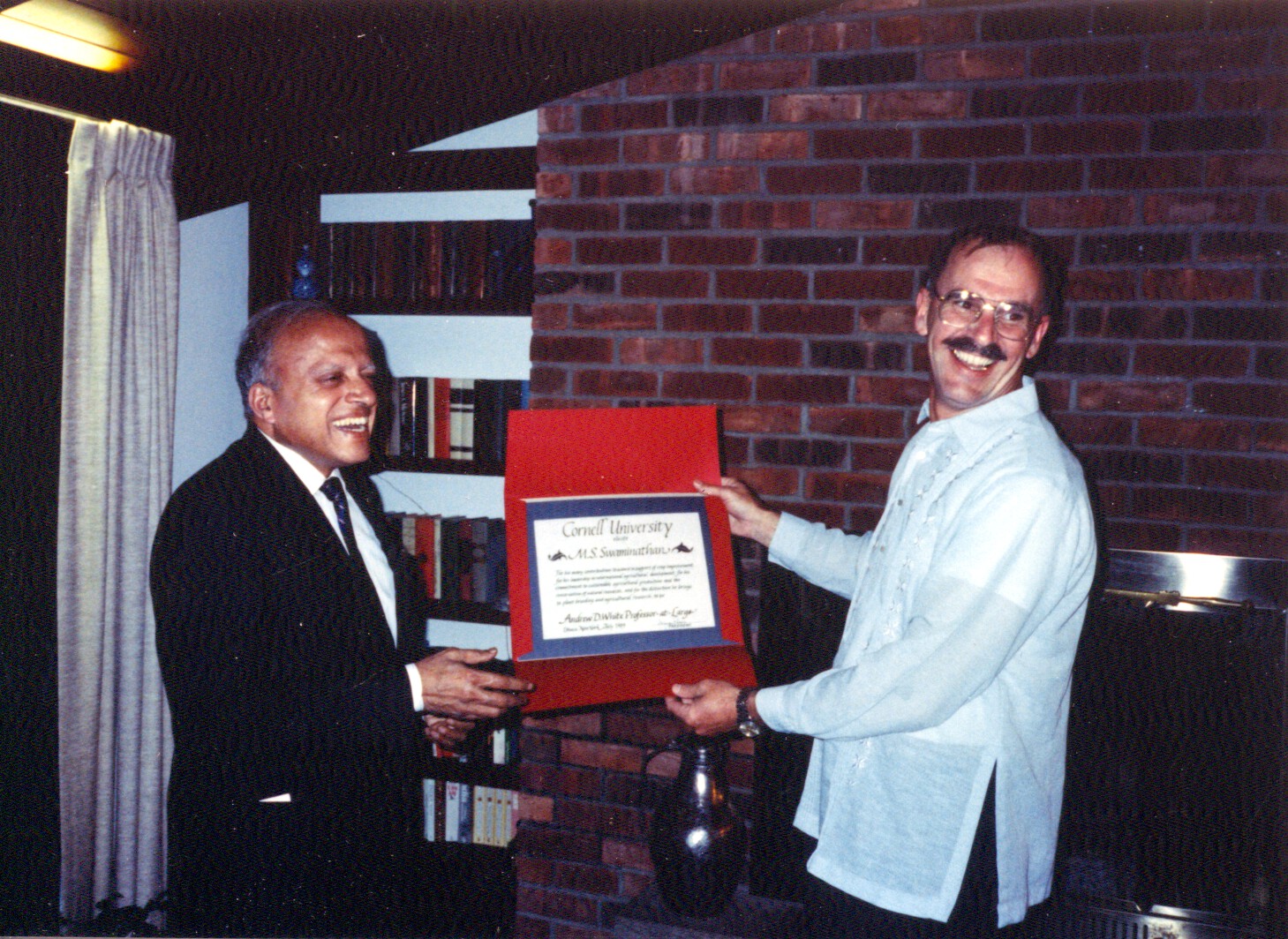 Rice Breeding and a

A fter finishing his training with Borlaug and receiving his Ph.D. from Cornell in 1971, Coffman joined the International Rice Research Institute (IRRI) in the Philippines. As a rice breeder he helped establish an interdisciplinary rice improvement team called the Genetic Evaluation and Utilization Program. He and his team in Los Baños produced rice germplasm that went on to be cultivated on several million hectares. He launched a training program at IRRI that later evolved into the International Rice Testing Program and the International Network for the Genetic Evaluation of Rice which extended improved rice germplasm throughout the world. During this time at IRRI he also co-authored a book, “Rice Improvement,” that is still considered the primary reference for rice breeding.

In 1981, Coffman returned to Cornell as a faculty member in the Department of Plant Breeding and Biometry where he set out to expand the international research, teaching and extension activities of the College of Agriculture (later the College of Agriculture and Life Sciences, or CALS). In Ithaca he proved himself a prolific plant breeder, teacher and accomplished administrator, holding a number of leadership positions in CALS, including chair of the plant breeding department, associate dean for research at CALS, director of the Cornell University Agricultural Experiment Station, and director of International Programs in the College of Agriculture and Life Sciences (IP-CALS). In all those roles Coffman guided critical administration, research and funding opportunities for a college ranked among the best in the world in agricultural sciences.

C offman and Borlaug reunited in 2005 to establish the Borlaug Global Rust Initiative (BGRI). Working with global partners from CIMMYT, ICARDA, the United Nations’ Food and Agriculture Organization, national program partners and advanced research laboratories, the BGRI team helmed by Borlaug and Coffman raised the alarm against Ug99, a particularly virulent strain of rust that had arisen out of East Africa and threated the global wheat supply.

With funding from the Bill & Melinda Gates Foundation and the UK’s Foreign, Commonwealth & Development office, the BGRI launched the Durable Rust Resistance in Wheat project, a global collaborative effort to mitigate rust threats through coordinated breeding, genomic selection, surveillance, testing, seed multiplication, high throughput phenotyping, training and advocacy activities. The BGRI and its network of 22 research institutions contained the threat of Ug99 and its variants, and enhanced the resilience of wheat to withstand rust diseases.

“When a person is mentored by greatness, it changes them for life.”
Ronnie Coffman

With new funding from the Gates Foundation and the UK in 2016, the BGRI launched a second project — Delivering Genetic Gain in Wheat (DGGW) — with a larger mission to deliver greater genetic gains to the world’s wheat and improve its resiliency to biotic stresses and climate change. 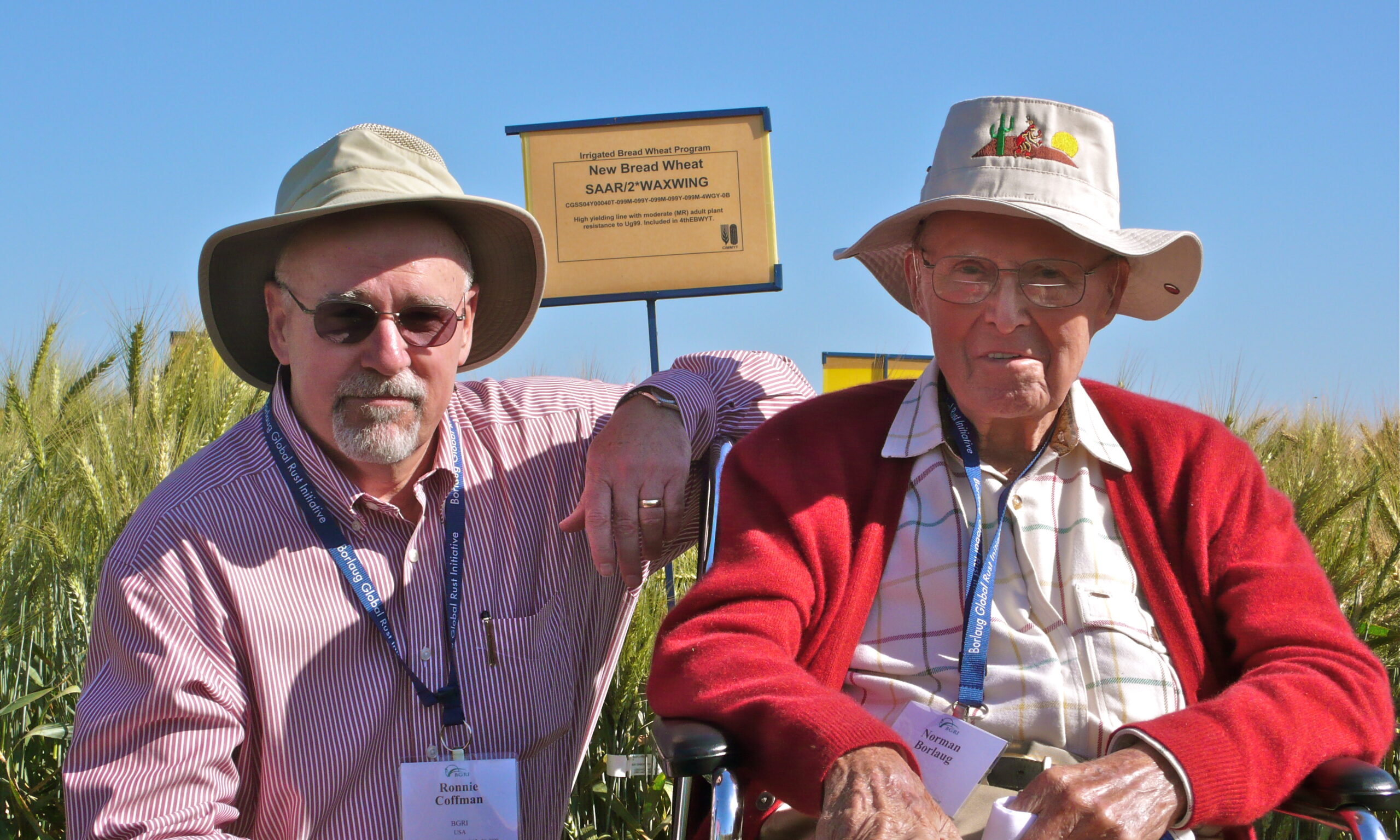 Dedicated to Food and Smallholder Farmers 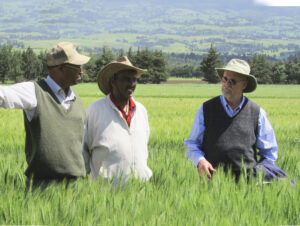 C offman has dedicated himself to helping smallholder farmers with scarce resources whose lives are frequently bypassed by agricultural science and innovation. As a scientist he has paved new international partnerships for improving crops ranging from wheat and rice to eggplant, banana and cassava. He has been a staunch advocate for enhancing opportunities for women in agriculture, funding the Advancing Women in Agriculture through Research and Education (AWARE) program at Cornell with prize money from the inaugural World Agriculture Prize which he was awarded in 2013. He is a member of the World Food Prize Council of Advisors and a fellow at the American Association for the Advancement of Science. Coffman has been principal investigator for projects totaling $270 million since 2002.