Paula Silva, from Uruguay, received her BS at the School of Science of Universidad de la Républica, and her MS from the School of Agronomy, in Uruguay. Her master’s thesis focused on breeding wheat for adult plant resistance against leaf rust. Her MS advisor, Dr. Silvia Germán, instilled in her a true passion for wheat breeding for disease resistance. She was further mentored at CIMMYT by Dr. Sybil Herrera-Foessel. In 2015, while studying molecular tools for characterizing wheat rust resistance genes at the Plant Breeding Institute of the University of Sydney, Dr. Urmil Bansal encouraged Silva to pursue a PhD, a journey that has led Silva to study genetics at Kansas State University with Jesse Poland. There, she works on breeding for barley yellow dwarf and blast resistance by characterizing wild relatives of wheat to search for novel sources of resistance. In 2019, she was appointed at INIA to lead part of the disease resistance breeding program as well as coordinate the Precision Wheat Phenotypic Platform for Wheat Diseases in collaboration with CIMMYT. 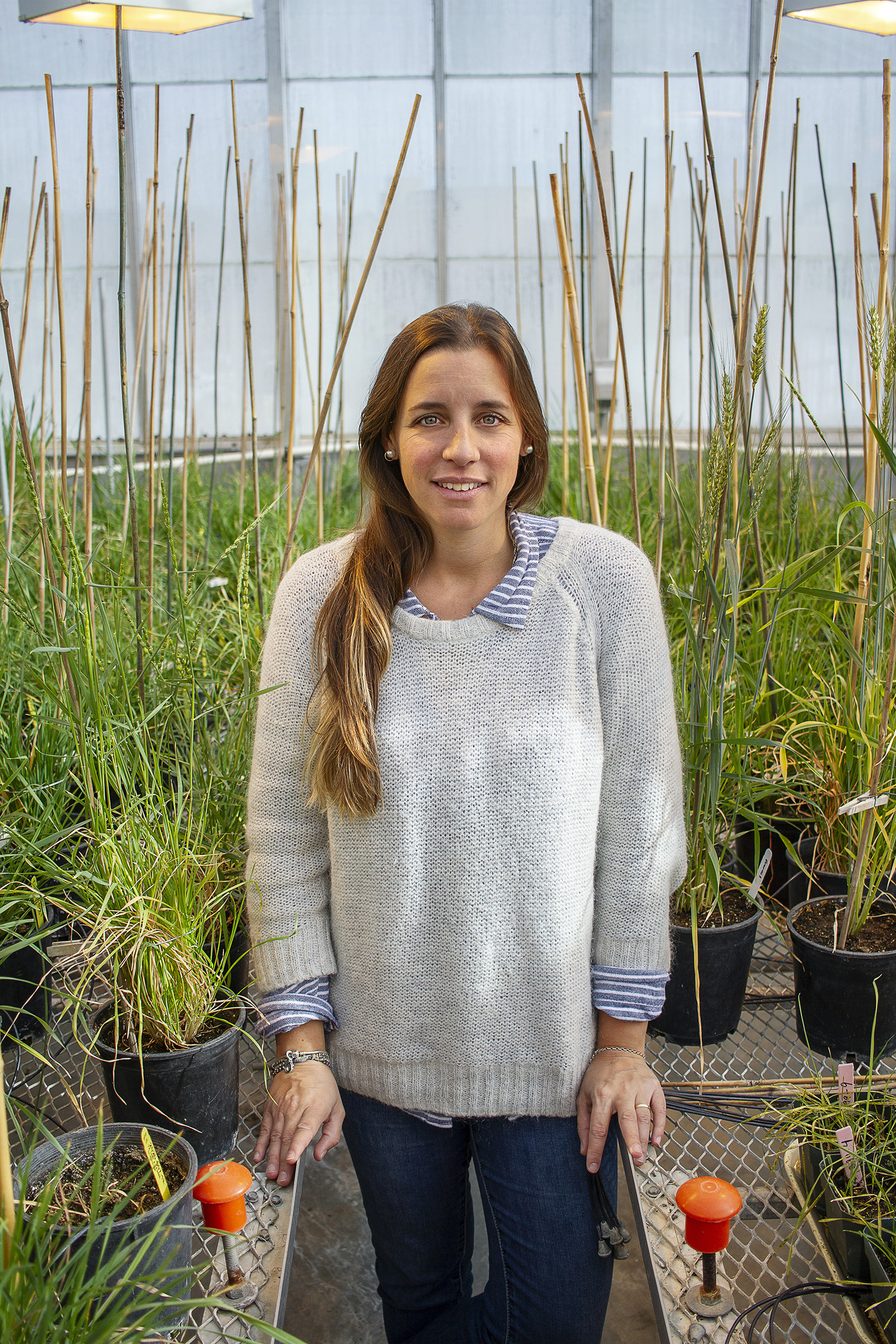