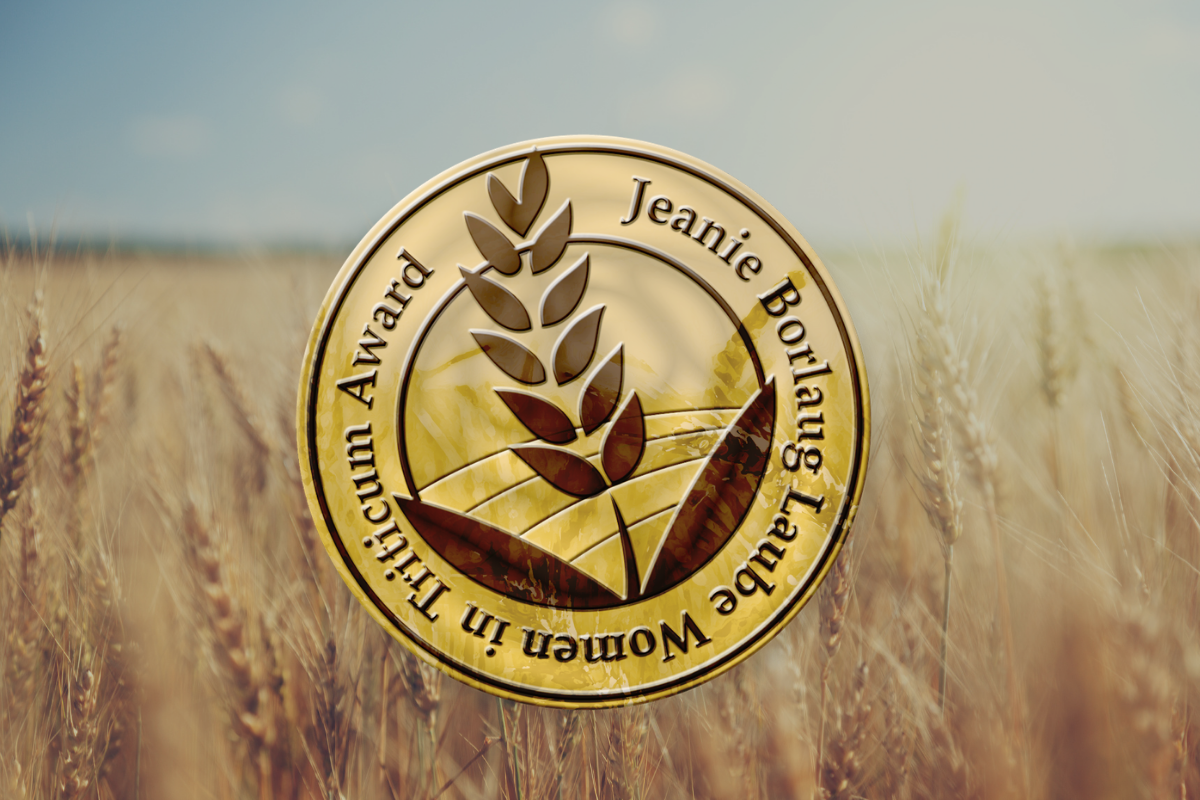 Applications for the three awards are being accepted until Oct. 31, 2020.

The WIT Early Career Award honors exceptional early-career women scientists working in wheat during the early stages of their career. The WIT Mentor Award recognizes a person of any gender who has proven to be an excellent mentor of women working in triticum and its nearest relatives. Each awardee receives $3,000 and leadership training opportunities.

The awards are named after Jeanie Borlaug Laube, mentor to many, and daughter of Nobel Peace Prize Laureate Norman E.​ Borlaug. ​

“The BGRI has honored 55 women with the WIT Early Career Award since 2010,” says Laube. “I am so proud of these women’s accomplishments. They are taking increasingly important leadership roles in crop breeding programs around the world, and not just for wheat. And they continue to pay it forward by mentoring young scientists coming up behind them.”

The most recent winners of the 2020 WIT Early Career Awards were honored in May during a special virtual celebration. The 2020 Gene Stewardship will be awarded during the BGRI Technical Workshop to be held Oct. 7-9. Registrations are still being accepted for the virtual workshop.

Maricelis Acevedo, director for science for Delivering Genetic Gain in Wheat and a researcher in Cornell University’s Department of Global Development, was among the first cohort of WIT Early Career winners in 2010.

“The WIT award recognizes early achievement and identifies exciting potential in women wheat scientists,” Acevedo said. “When I first began as a young wheat scientist, I was often the only woman in the room. Now more and more women scientists are gaining seats at the table and bringing their voices and expertise to our shared mission of securing food sources for billions of people.”

The BGRI Gene Stewardship Award recognizes a researcher or team of researchers serving a national breeding program or other nationally based institution. Any wheat researcher or research team working on wheat rust is eligible.

Gene stewardship award nominees are evaluated based on excellence in the development, multiplication and/or release of rust resistant wheat varieties, the promotion of germplasm durability, and implementation of the BGRI’s goal of responsible gene deployment and stewardship.

“Since our founding, the Borlaug Global Rust Initiative has been dedicated to building a vibrant community of hunger fighters committed to securing wheat in developing countries and around the world,” said Ronnie Coffman, vice-chair of the BGRI and professor in Cornell’s Department of Global Development. “These awards are testaments to the steely resolve of scientists working together with farmers to grow a wheat-secure world.”