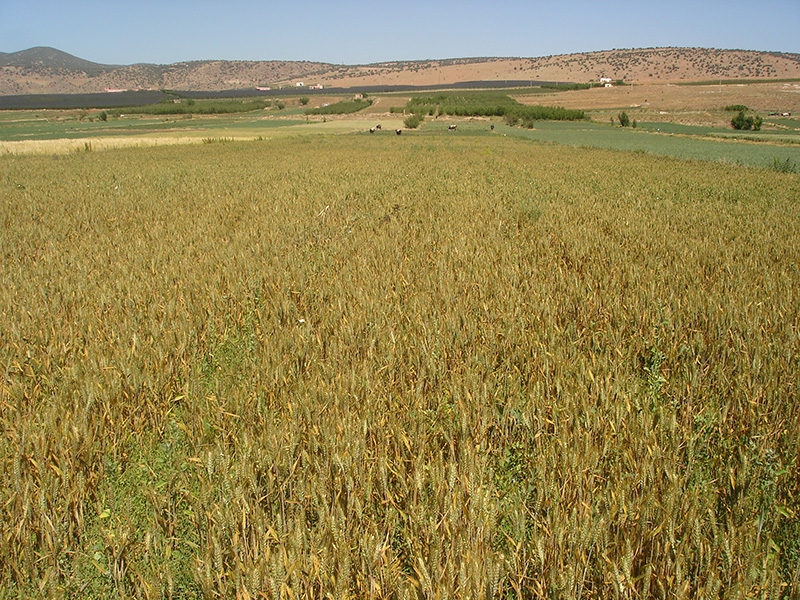 Wheat undergoes biotic constraints all over the world. The impact of each constraint on grain yield depends on the agro-ecological area. In Morocco, for instance, wheat rusts, notably yellow rust, are among the most damaging of all diseases. Yellow rust, which used to occur on a limited basis in wheat growing areas in Morocco, has become the most common disease in almost all wheat growing areas and induces substantial yield losses. Almost all commercial bread wheat cultivars are becoming susceptible to yellow rust because of the emergence of new virulent races that are leading to the breakdown of resistance. A national rust survey was conducted in major growing areas in Morocco in 2020 to assess the incidence and severity of wheat rust diseases.

The survey was carried out during the first fortnight of March 2020 when the growth stage of wheat ranged from booting to physiological maturity. However, in the Middle Atlas region, where wheat was at tillering stage, the survey was carried out during the first week of June. The disease severity (0-100%) and the field response rating for the adult plant field reaction to rusts were based on the modified Cobb scale. A total of 98 bread wheat fields and 20 durum wheat fields were inspected. The survey revealed that many fields were destroyed by drought.

The most prevalent disease was stem rust: it was observed on 26% and 25% of bread wheat and durum wheat fields, respectively (Figure 1). It was detected mainly in the Gharb and Middle Atlas areas (Map 1) where 8% of inspected bread wheat fields were moderately to highly infected (Figure 2). Those that were lightly or not infected were sprayed up to two times with fungicides. Stem rust was less severe on durum since only 25% of fields exhibited low severity (less than 20%) (Figure 3).

Leaf rust was observed on 20% of bread wheat and 20% of durum fields (Figure 1) and was less severe on both wheats (Figure 2 & 3). Leaf rust was mostly observed in the Gharb province.

Yellow rust was totally absent on durum and was detected on only 11% of bread wheat fields (Figure 1) where the severity ranged from low (less than 20%) to high (more than 50%) (Figure 2).

Moreover, two fields of triticale were inspected: one was highly infected by stem rust and moderate infection was observed on the second field. Also, three barley fields exhibited low to moderate severity of stem rust. 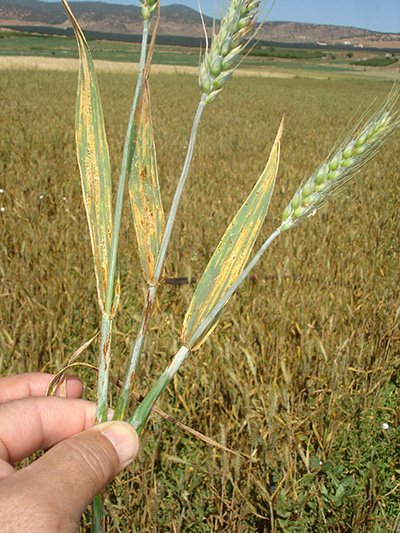 The steady increase in the prevalence of stem rust might be considered as an alarm to farmers to prepare beforehand to this real threat bearing in mind that all commercial Moroccan wheat cultivars are highly susceptible to Ug99 and its lineages under Njoro-Kenya conditions. Race TKTTF was confirmed in Morocco in 2019, this being the same race that caused large-scale epidemics in Ethiopia in 2013-14. The increase in stem rust in Morocco reflects the wider re-emergence of stem rust in the Mediterranean Basin observed since 2015-16, with several highly virulent races now confirmed (TTRTF, TKKTF & TKTTF).  Moreover, newly released bread wheat cultivars such as Khadija, Snina and Faïza were recorded as highly susceptible to stem rust at Annoceur during 2019-20, and to yellow rust at Douyet during 2018-19 seasons.

The authors concur that the threat posed by stem rust to national and regional wheat production is imminent. Hence, surveillance and monitoring of wheat rust diseases is an ongoing and vitally important process. The ability to share and compare surveillance data on a global level should be boosted. 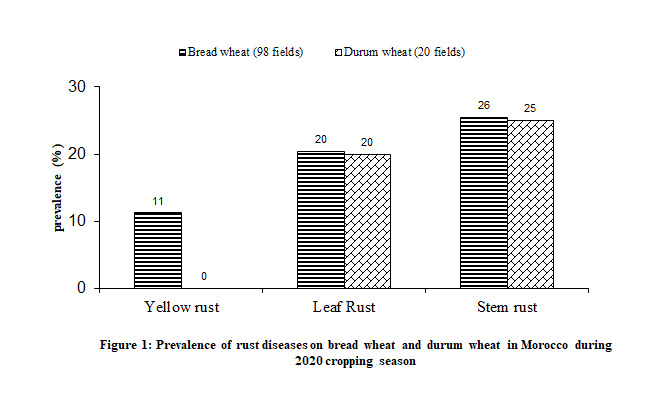 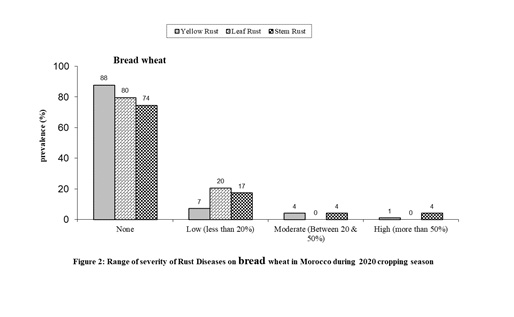